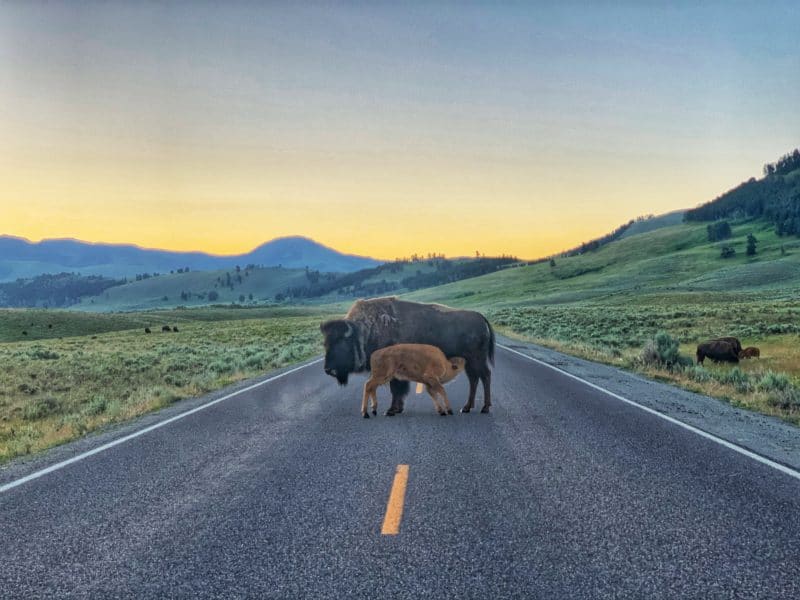 Top 10 National Parks to Visit in the USA

How many National parks are in the US? This is a question that appears to be coming up more and more in our Basic Travel Community. At the time of writing this, there are 62 National Parks in the United States. The wide variety of parks span across the continental United States, Alaska, Hawaii, and the Virgin Islands. With so many options in the US, it’s hard to choose just one to visit. To help, we compiled a list of the top ten National Parks to Visit in the USA!

If you plan on visiting more than two National Parks in the United States throughout a twelve-month span the U.S. National Park Annual Pass should be in your wallet. The entrance fee for parks averages around $30 per vehicle. The National Parks Pass costs $80 and offers unlimited visits. After the third visit, you’ve already begun to save money!

For more money-saving strategies, check out the Top 10 ways to save money on a US National Park Trip.

Top National Parks to Visit in the USA

With so many National Parks in the US charging an entrance fee, why not choose a Free one? The Great Smokey Mountains National Park remains free due to a stipulation set forth during the transfer of a major highway from the state of Tennesee to the Federal Government back in the 1930s. In addition to Smokey Mountain having no entry fee, there is a ton to do there. Top Smokey Mountains activities include hiking a portion of the Appalachian Trail and taking in the sight of more than 1500 species of wildflower which bloom all year round.

This US National Park is a popular one found on many #basic bucket-lists. Grand Canyon National Park is just like it sounds. The Grandest Canyon of them all! When I say it’s huge, think larger. Spanning over 277 Miles long, a mile deep, and 15 miles wide, the Grand Canyon encompasses a lot of space. The first wild moose spotting of my life happened at the Grand Canyon on the way to watch the sunrise. The most popular Grand Canyon hike is the Bright Angel Trail which starts at the South Rim and descends 4,000 feet of elevation to the Colorado River.

Our next US National Park is famous for being rocky! The Rocky Mountain National Park has a lot to offer visitors both by car or foot. For those who prefer to drive through parks, look no further than the scenic Trail Ridge Road. A close second to the Trail Ridge Road is the Old Fall River Road which was the first road in the park dating back to 1920. Hikers should not overlook the Bear Head Trail which leads to all of the views at Dream Lake!

Heading to the east coast? Then you don’t want to miss this park. A popular destination for New England road trippers, Acadia National Park is home to Cadillac Mountain. Seeing the sunrise from Cadillac Mountain is especially unique in that for most of the year, it’s the first landmark touched by the sun every morning in the United States. Acadia National Park’s top things to do also include driving the Scenic Park Loop, taking a siesta on Sand Beach, and hiking the many trails found throughout the parks 47,000 acres. I especially love the Beehive and Bubble Rock trails which both lead to beautiful views!

Grand Teton’s are located directly below Yellowstone National Park and is often overlooked because of its proximity. This park should absolutely not be missed! We were able to add Grand Teton’s in when driving north from Salt Lake City and through Jackson’s hole. The views at Grand Teton are some of the best out of all the US National Parks. An epic alignment of mountain peaks is truly breathtaking. Some of the top things to do at Grand Teton include taking an organized raft trip down the Snake River and hiking the Canyon Cascade Trail to Lake Solitude. Grand Teton National Park is also home to one of the most popular bears in the world – Grizzly 399. If you’re lucky, you might catch a glimpse of her and her cubs throughout the park.

One of the most diverse US National Parks is Olympic. When it comes to experiencing different ecosystems, Olympic has three major ones. On the same day, it’s possible to walk through a rainforest, experience snow on top of the glacial-topped mountains, and lay on the beach at Olympic. Don’t forget to bring a rain jacket to Olympic as the Hoh Rainforest is known to be one of the wettest places in the USA receiving over 140 inches of rain annually. The top hike at Olympic National Park – Hoh River Trail takes you through over 17 miles of the beautiful Hoh Rainforest.

Are National Parks Open? Yes, but some have restricted certain areas of the park due to Covid-19. In addition, some parks are requiring visitors to reserve times prior to entering or pre-purchasing shuttle tickets (like Zion National Park).

Are National Parks Free? Yes and No. There are some parks that do not charge an admission fee like the Great Smokey Mountains National Park. Additionally, there are certain holidays during the year that the parks do not charge for. For example, Veterans Day and Martin Luther King Jr. Day. Current U.S. Military members and dependents can also access the parks for free.

What’s your favorite US National Park? I’d love to hear from you down in the comments or over in the 4,000+ Member Basic Travel Facebook Group!

Tweet
Share1K
Share
Pin180
1K Shares
Editorial Disclaimer: Opinions, reviews, analyses & recommendations are the author’s alone, and have not been reviewed, endorsed or approved by any of these entities.
PrevOlder ArticlesDoordash – Summer of DashPass Promotion
Newer ArticlesHow Chase “Pay Yourself Back” Gave Me FREE Food For Two MonthsNext