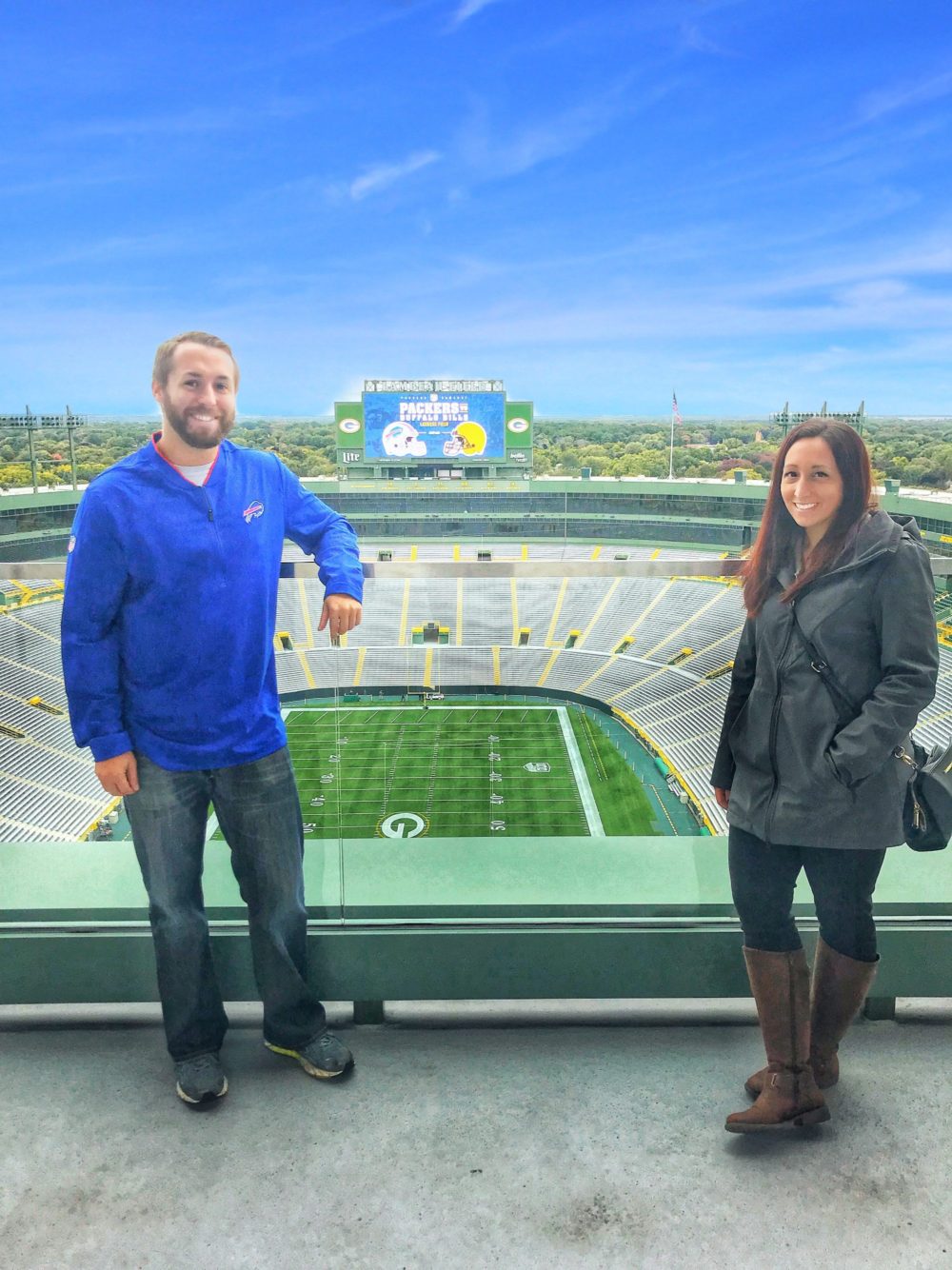 How I scored a Bills Mafia Thanksgiving Flight for $66.80

When the Buffalo Bills released the 2019 schedule a few months ago my eyes immediately locked on to the Thanksgiving day matchup against the Dallas Cowboys. The Bills haven’t played on Thanksgiving day in 25 years. There is NO WAY that I am going to pass up an opportunity to leave the snow for some sunshine in November! I was determined to fly to Dallas for Thanksgiving for this game.

A couple of different scenarios came to play when I began looking at flights from Buffalo to Dallas.

My first option was to utilize my Southwest Companion Pass, which provides buy-one-get-one-free flights. This appeared to be the best option based on my research. Seeing that I could use 22,946 Southwest Points (+$11.20 Tax/Person) or pay $376 total for two roundtrip tickets. I now had my perfect plan in place. Counting down the seconds until Southwest released their new flight schedule, Lisa literally stayed up all night watching flights. Thursday morning rolled around and Southwest decided to throw a wrench in my plans! Southwest decided to NOT release their standard wanna get away fares! I was shocked.

My original $376 or $22.40 if I used points trip for two turned into a $1,095.70 or 76,186 southwest points. This definitely was NOT happening! For the same amount of points, Lisa and I could go to Aruba twice or Los Angeles four times! That is insane. Back to the drawing board. I went and quickly began crossing off options left and right. Due to the holiday weekend, cash fares were pretty much out of the question. The best deal I could find was through American Airlines for about $550 roundtrip. I’d prefer not to pay when I’m sitting on a stash of points.

I then came across the current Chase Ultimate Rewards promotion. They are offering a 30% bonus when transferring Chase UR points to British Airways Avios Points. British Airways is part of the One World Alliance. Meaning, I knew that I could book an American Flight with Avios Points. Sure enough, I found availability for a flight home on November 30th. For only 16,500 Avios Points and $61.20 in taxes and fees. With the 30% transfer bonus, it only costs me 13,000 Ultimate Rewards points. I actually recently just earned a 7,500 UR bonus by taking advantage of the 5X quarterly challenge. The quarterly challenge was to use my Chase Freedom card at Grocery stores and Home Improvement stores. It only covers the first $1,500. I covered the remaining 5,500 UR points for the transfer from my regular spend and signup bonuses on my other Chase Sapphire and Ink Credit Cards.

Once the points were transferred, I clicked through to reserve online and sure enough a dreaded “Error Message” appeared! I immediately called British Airways. The representative I spoke to over the phone told me that he was “tired” because it was after midnight in the UK and that he’s been seeing system-wide issues all evening. I disappointedly hung up the phone and decided I’d try calling again the following morning. Luckily, the following morning I spoke to a very friendly and possibly caffeinated agent. He was able to book my flights over the phone. It helped that I had the flight numbers in front of me and I was able to read the information off to him. After exactly 52 minutes on the phone, I was the proud owner of a flight home from Dallas to Buffalo on the date that I wanted for only $61.20!

If you’re a member of the Bills Mafia, you can already guess which song I played to celebrate my Basic Travel Victory!

Like the great Chris Berman says with such enthusiasm, “nobody circles the wagons like the Buffalo Bills”. Perhaps my Basic Points victory will be a testament to a historic Bills super bowl run this year. Maybe a little too far but I am BILLeiver and either way I just purchased a roundtrip flight down to Dallas for only $66.80!!

How we can help

Looking to plan your own trip but not sure where to start in the points world? Send us an email and we’d be happy to recommend a card for you to open or how to get to your trip! [email protected]

Need a travel credit card to make your journey free? Check out our TOP Credit Cards Page to apply!

Tweet
Share234
Share
Pin
234 Shares
Editorial Disclaimer: Opinions, reviews, analyses & recommendations are the author’s alone, and have not been reviewed, endorsed or approved by any of these entities.
PrevOlder ArticlesJetblue Announcement to LONDON!
Newer ArticlesSouthwest Rapid Rewards Performance Business CardNext